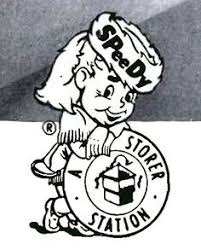 In late 1979 I had heard that WOOD Broadcasting was purchasing WSPD Radio in Toledo, Ohio while listening to a newscast on WOOD in Grand Rapids.  At that instant, I knew I was going to be their program director in Toledo.  Of course, how to do this would take my very best PR efforts because I really didn’t know the upper management team at WOOD.

Toledo?  Why Toledo?  I was born in Toledo and lived there until I was 12 years old.  My parents were born in Toledo and my maternal grand parents were born in Toledo.  A lot of family history there.  And radio in the early 60’s in Toledo was the best.  WTOD, WOHO, and WTTO all battled it out with each other and the Big 8, CKLW in Windsor.  It all made for great radio.  WSPD, or as it was nicknamed back then “Speedy” was Toledo’s first radio station.  In fact, it was Ohio’s first radio station.  The call letters stood for Speedene gasoline, the name of the company that owned WSPD.  Years later I would joke that the call letters stood for Where Skip’s Program Director.  The mascot of the station was a Frontiersman character with a coon skin cap – emblazoned on the front “Speedy”    Growing up in Toledo I can remember my folks listening to Art Berry and Jim Ubelhart on Speedy.

On a couple of occasions during the 70’s I applied for an announcing position at WSPD but my top 40 style didn’t fit the format of the station.  Nevertheless, over the years I had paid particular attention to WSPD, their line-up, format, news, etc.  And I also tracked their ratings, which were deteriorating.

I had sent a letter to both Jim White and Mike Lareau expressing my interest in the station and requesting a meeting.  Jim White was WOOD’s General Sales Manager and he had been named the new General Manager of WSPD.  Mike Lareau was President of WOOD Broadcasting.  It didn’t take long and I received a call from Mike Lareau wanting me to meet with both he and Jim.  My intuition told me they were not happy with the existing programming team at WSPD and wanted someone more familiar with the WOOD way of doing things.  I certainly was familiar with the WOOD-way.  Easy middle of the road music, topical announcers, and – most important – strong news.  WSPD was going in a different direction.  More top 40 type music (like Greeneyed Lady by Sugarloaf, and a de-emphasis on the news.  My pitch:  Soften the music, strengthen the news,  improve the overall production value of the station, require show prep from the announcers, work on the technical sound of the station, and contesting.  I loved doing radio contests.  Cash Call, The Phrase that Pays, Radio Bingo, all a bit corny, and certainly not original, but people loved playing contests.  Especially the people that participated in ratings.

I got the job.

WOOD Broadcasting’s head honcho and Mr. 51% was Bill Schroeder.  Schroeder was in his late 60’s or early 70’s at the time but he was exceptionally contemporary.  He drove around in a Porsche with a British driving cap. Schroeder had very specific ideas about WSPD too and he and I agreed on the need to strengthen news and musically make the station sound more compatible with a mature audience.  Schroeder, along with his ad agency pal Charlie Johnson developed a brilliant outdoor billboard campaign called “Heard the News”.  It was a about 1/3rd of a mans face with a huge ear on the left side of the poster with large letters “HEARD THE NEWS” and the station call letters and dial position.  That’s all it said.  Damn, it was good stuff!  My job was to take that campaign and bring it to life on the radio – not only in what we said, but what we did.

In April, 1980 I took over the reigns of programming Ohio’s Pioneer Station.  And my career in news/talk programming had begun.

Next week – putting it all together.

This is a text widget. The Text Widget allows you to add text or HTML to your sidebar. You can use a text widget to display text, links, images, HTML, or a combination of these. Edit them in the Widget section of the Customizer.
%d bloggers like this: