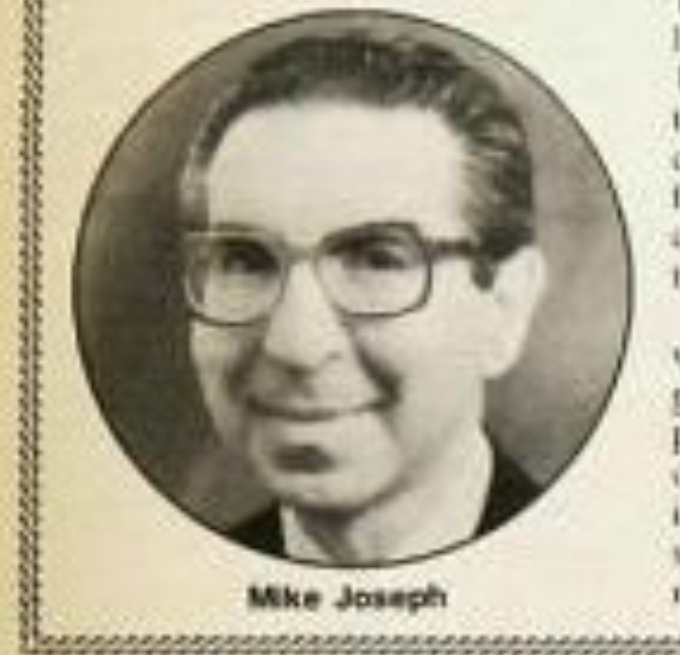 Like many industries, broadcasting has a lot of consultants and I’ve worked with quite a few. There are legendary guys like Mike Joseph, Bill Drake, and Paul Drew.  Some others that come to mind are Tim Moore, Gary Berkowitz, Ron White, Dave Lange, and the always impeccably dressed Mike McVay.  I worked with most of these guys but my favorite was Lee Bayley.

Lee Bayley was the consultant for WHAS in Louisville and was very instrumental in my hiring at what I consider the best job I ever had.  Lee and I had talked off an on over the phone for several years before I actually met him in person.  Our friendship developed over long phone conversations about radio.  Lee had a background working with and for broadcast legends Bill Drake and Gene Chenualt.  He knew his stuff.   When I was up for the WHAS PD job in 1989, Lee tracked me down in Ireland to let me know I got the job.  I have no idea how he found me but I will never forget the call.  I had been touring the Ring of Kerry with my family on a rainy late Winter day.  Returning to Killarney’s Great Southern Hotel, the receptionist told me I had a call from “a Mr. Lee Bayley in America”.   Wow!!!  Lee and I worked together for nearly 7 years and I always enjoyed his visits.   I was saddened to learn of Lee’s death a few years back.  He passed away of a sudden heart attack after enjoying a day of golf.  He was only 73.

Mike Joseph was arguably the most influential programmer in American top 40 radio.  His ratings conquests are legendary.   Joseph programmed the legendary WABC in New York City in 1960. as well as stations in just about every major market in the United States.  He also consulted a number of stations in the Midwest including stations in Grand Rapids. Ft. Wayne, and Toledo.  His usual MO was to lure competing talent in markets he had stations.  I was called by Joseph twice while I was at WGRD in Grand Rapids.  He was setting up stations in Hartford and then Providence.  I had no desire to move to the east coast so I passed.  But Joseph was a really big deal.  Here’s an interesting story:  One day, while I was working in Toledo, I received a phone call from my godfather – Donny Francis.  Donny is my fathers’ best friend from high school.  They’re best of friends to this day.  Anyhow, Donny invited me to his home for dinner.  During dinner he said “I don’t think I ever told you this but my first cousin is in radio.  He’s always bragging about how important he is.  Ever hear of Mike Joseph?”  My jaw must have hit the floor.  “Donny, yes I have.  And he IS a really big deal”.  Mike passed away in April 2018 at the age of 90.   He was A BIG DEAL.

Paul Drew had left his position with Drake and had ventured out doing one day seminars with programmers and managers.  Mike Lareau and Jim White from WOOD and WSPD respectively invited myself and WSPD programmer Rick Belcher to join them in a one day seminar with the legendary Paul Drew.  I was in awe.  Drew was intense.  His seminar was about management..not programming.   To this day there is one thing he said that has stuck with me.  “When it comes to business..don’t trust anyone”.  I remember asking Drew “what do you do about problem employees?”  He said “don’t hire them”.

The day of the independent consultant has somewhat disappeared.  Large broadcast companies hired a lot of the consultants and use them internally.  Homogeneous formats that are cranked out of corporate programming offices have zapped a lot of  individuality out of local radio.  But I have a feeling that’s about to change soon as some companies will be forced to divest as a part of their debt restructuring.    I’ll keep my fingers crossed.  Who knows..maybe someone out there can use an old war horse to inject some good old local show biz into their operation.  You never know..but, then again, when it comes to business….

This is a text widget. The Text Widget allows you to add text or HTML to your sidebar. You can use a text widget to display text, links, images, HTML, or a combination of these. Edit them in the Widget section of the Customizer.
Loading Comments...
Comment
×
%d bloggers like this: